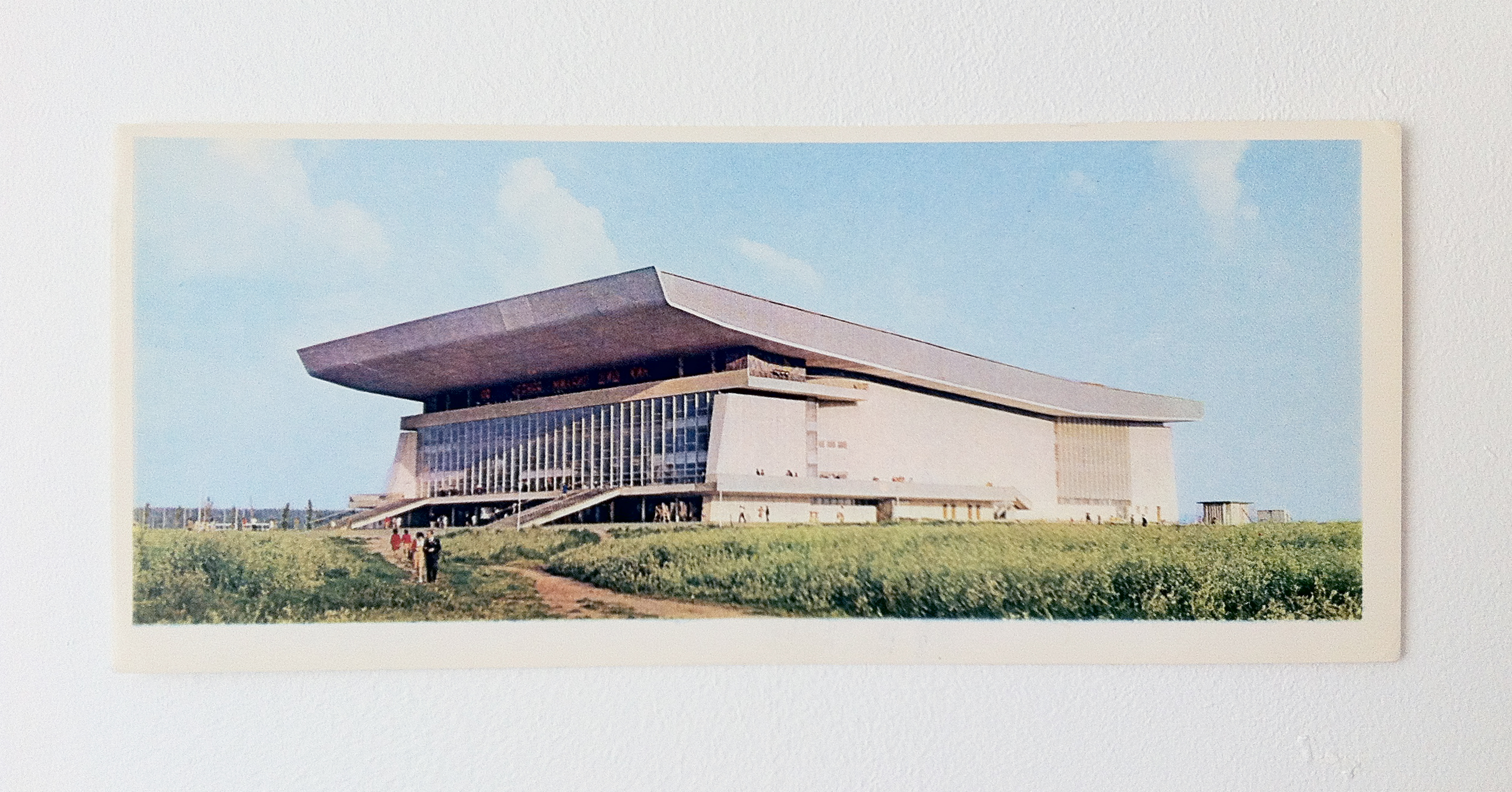 Hope you have been interested in my yesterday’s reflections about reasons for saving the Soviet modernism architecture and how it is connected to the idea of ​​a book about Togliatti city. Today, I am going to continue topic.

In July we made ourfirst big photo trip to Togliatti and met with the photographers, who also decided to participate the project — Stas Knop and Olya Shangina. This guys are absolutely amazing people who made us to look at the modernism architecture in a new way. In their photos they show the nature of modernism through the lens of people who see it. In my opinion, this is what classic popular architectural photography needt: the presence of man who created this environment for himself. 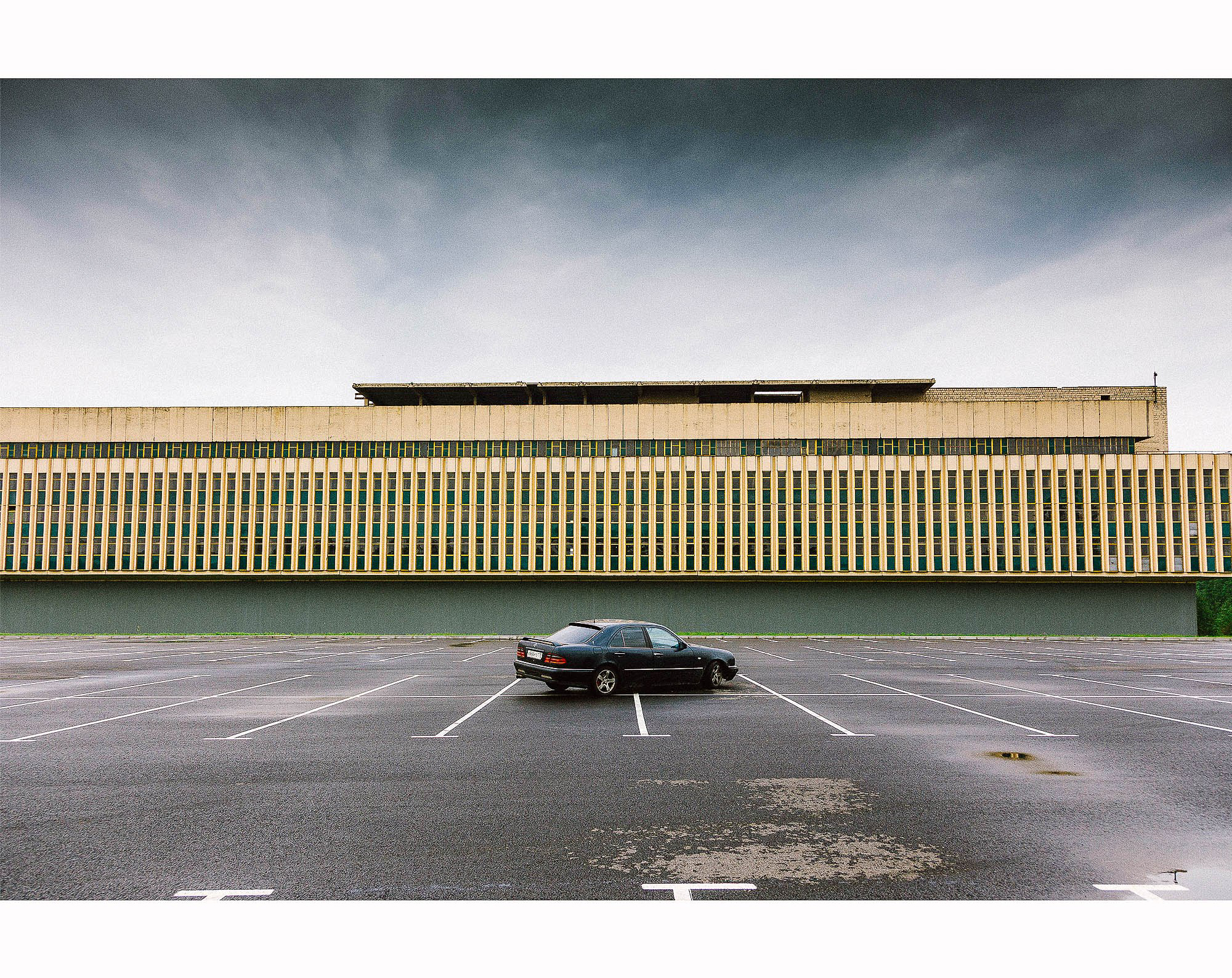 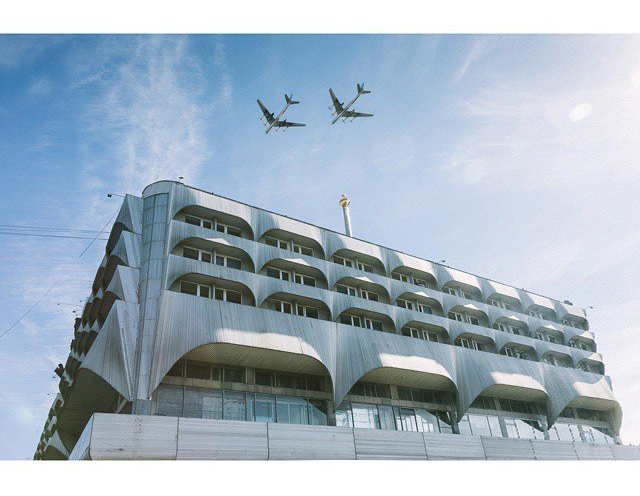 Stas and Olya have been in Togliatti for the first time and noted that the city looks very broad. It seemed like the average size of the urban environment increased a lot but the number of people remains the same, and they have become rare pedestrians. 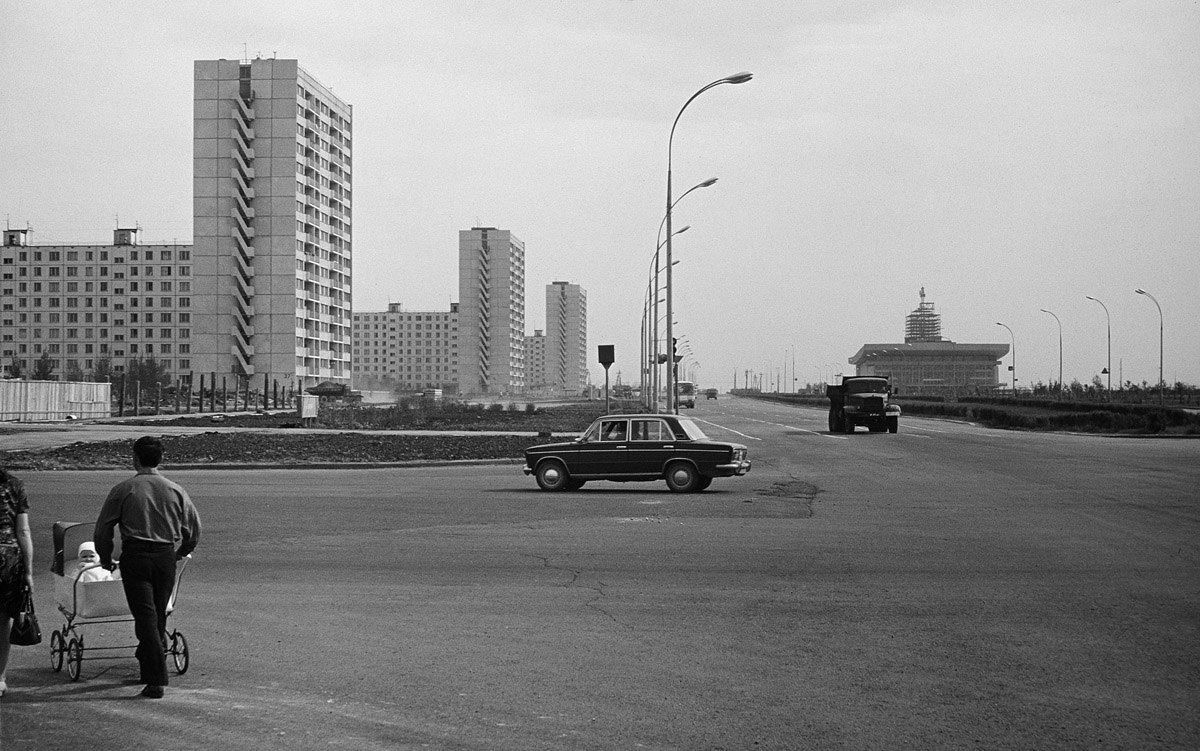 Nevertheless, exactly because of its «wideness» Tolyatti is one of very few cities that were ready for mass motorization. This picture is especially indicative about that infrastructural «safety margin»: compare the scale of the car with the scale of the street.

That is why one more interesting feature of Togliatti exists: obviously the city was designed for the dominance of cars. So, as we noticed, perception of the city from the car is much more integrity! When you move along the avenue at a speed of 60 km/h, panoramas replace each other, turning into rhythmic march. The speed of a pedestrian do not allow to do it because it is too low. It’s more like viewing closely a banner designed for larger print, so you see only single pixels and disadvantages. March turns into a unintelligible champ, which is not turning in tune.

But I definitely can’t say that the city is unfriendly to pedestrians. In fact, Togliatti has several scales of perception: first one, as I said, is the most impressive — car scale. This is the scale when you can appreciate the rhythm of this urban machine. The second scale — the pedestrian one. This is the scale when you do not raise your eyes up, but notice a phenomenal for Russia pedestrian space quality — lawns, sidewalks, parking pockets, natural fences of shrub, cozy courtyards.

Back in our first trip we started thinking about the crisis of city identity in Togliatti. City seemed like in disarray, like it is hard to it to accept the value of its phenomenal urban design.
Togliatti is really like a girl who is shy of strong and honest beauty of her recently appeared chests and is trying to hide it behind large and not too appropriate architectural clothing. That is why churches appear in this modernist city, and rediculous attics show up among the ringing rhythm of modernist residential districts. Our girl named Togliatti is trying hard to be like another girls who have no chest yet, just not to stand out.

In our future book we will also focus on public buildings of Togliatti. It illustrate the combination of techniques of international style, which was the world mainstream in the mid-20th century, and its free variations by the influence of the socialist ideas.

In general, influence of the Soviet ideas made many public Togliatti seem gigantic: sport complexes for 5,000 people, cyclopean gouverment palaces with huge squares.
This is the reason why all cities of the whole country was faced with the same problem when the Soviet Union has ceased to exist: the city got the actives that were not able to dispose of. Huge concert halls that are too much expensive to heat, museums that are too much expensive to light. The only buildings were saved which were able to be used in a flexible manner or partly.

Finally. I have compared Tolyatti to a girl, but, in fact, my first association was a bright-eyed young man, sporsmen, true Volga-local habitant, ambitious and charming in his naivete. Definitely no other city has got such a strong athletic identity. Maybe it is what we all are looking for to develop?

If you liked the article, share it with your friends: