How the idea of the book about Togliatti soviet modernism was born? Part 1

I desided to start one more topic in my blog — Projects. It is about the most interesting our works, projects and initiatives. Today I want to tell you about the project, which we were ideological inspirers and initiators for: the book about the Soviet modernist architecture in Togliatti city, Russia. 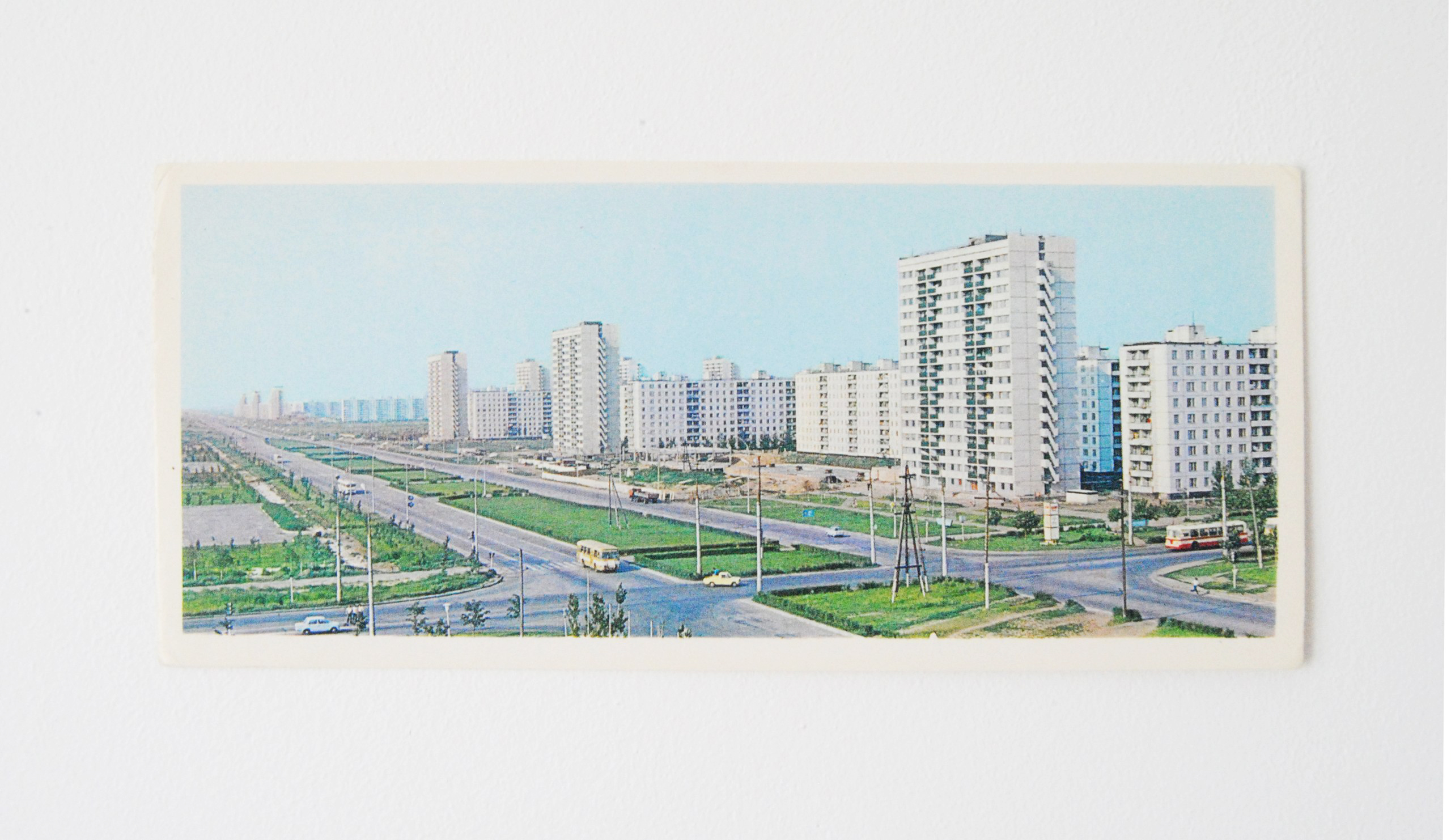 Why is it so necessary?

The concept of Architecture of the Soviet modernism is a phenomenon which is hardly 50 years old. No one thinks about this as monuments or at least something outstanding, because this architecture is too young, although it was a conversion from the postwar classic monumental buildings to international style design.
Building on collums, free plan, free façade, ribbon windows, flat roof and, which is the most importantly, plastic expressiveness of minimalism, that are the main features of the style. Nevertheless, many people think about these buildings as «gray boxes with a lack of decor elements». In some ways they are right, because international style is kind of a provocation in architecture, giving up plastic decor in favor of functionality. These buildings were refused to decorate just to show that plastic of interior and exteruor space, light and shadow effects, simplicity and rationality of ideal proportions that is what really beautiful! 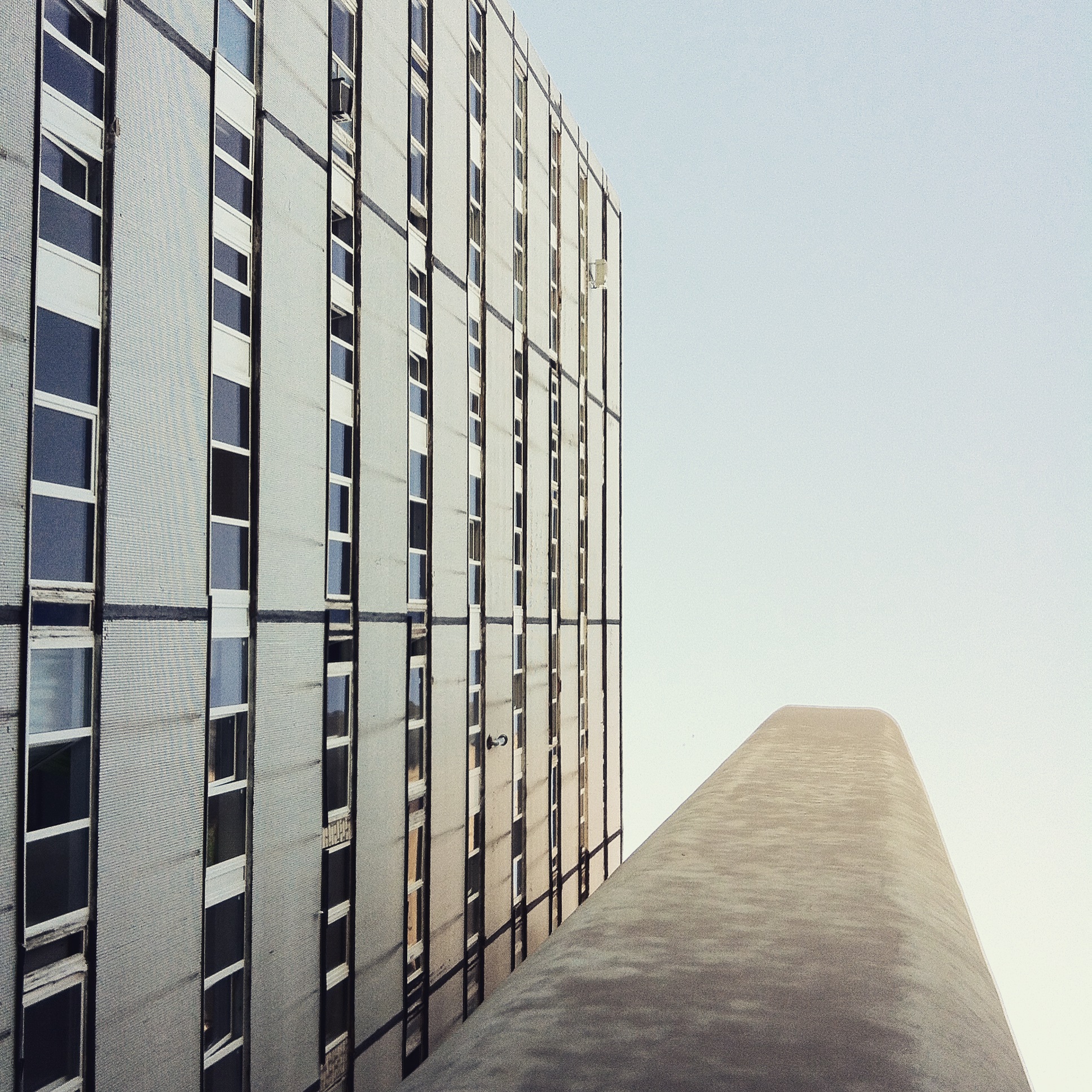 However, Soviet modernism probably is the most unappreciated layer of russian architecture of the 20th century. Society’s attitude to it is controversial. There is no any ways of scientific preservation of buildings, and unfortunately many of them are constantly being lost from the demolitions and reconstruction tryings using contemporary materials.
Togliatti is very special city in general. During its history it «rosed from the ashes» twice when a new history tried to erase completely the old one. You can certainly say Togliatty is a city of erased history. But it’s not quite true, it is more the city of erased generations.
Why is this fact is so important and need to be considered?

The last birth of Togliatti, construction of car factory AvtoVAZ in 1960-1970s updated the gene pool of the city totally. A huge residental district with population of ​​400 thousand people appeared in five years. All that people have come here to explore new ground, most of them came from the villages and became the first generation of citizens. In fact this «new citizens» continued to live by the rules of the village community, but in the city area. The first generation of citizens never has a deep understanding of the city atmosphere, remember why the local residents of European metropolitans are prejudiced against migrants?
Unfortunately nowadays the way of Togliatty city development is controlled by them.
So it turned out that the concept «Togliatti is city of future» was obvious enougth only for its designers, but very fey people among the current generation of Togliatti thinks about its architecture as valuable in its minimalist brutality. And only a few people see the point in keeping it. 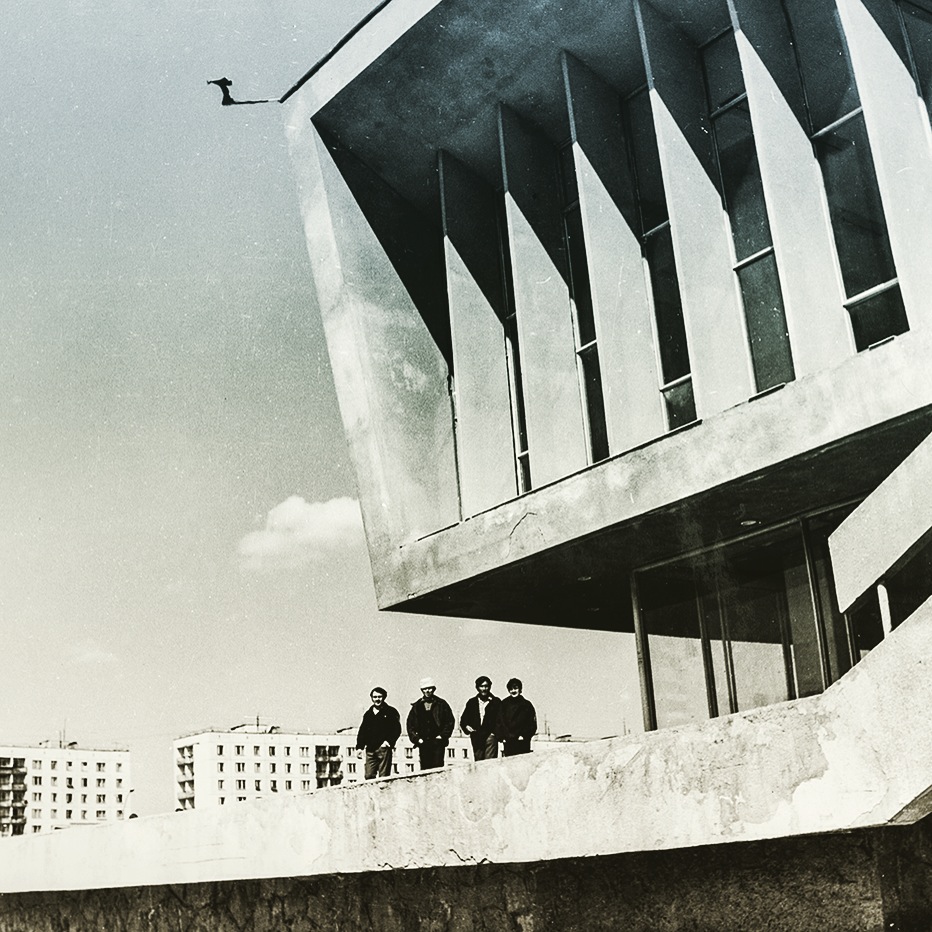 That why this work is relevant. Years pass, new urban generation came, their interesting in the Soviet modernism keep growing. And the new generation is now calling contemporaries of international style to save it for them! 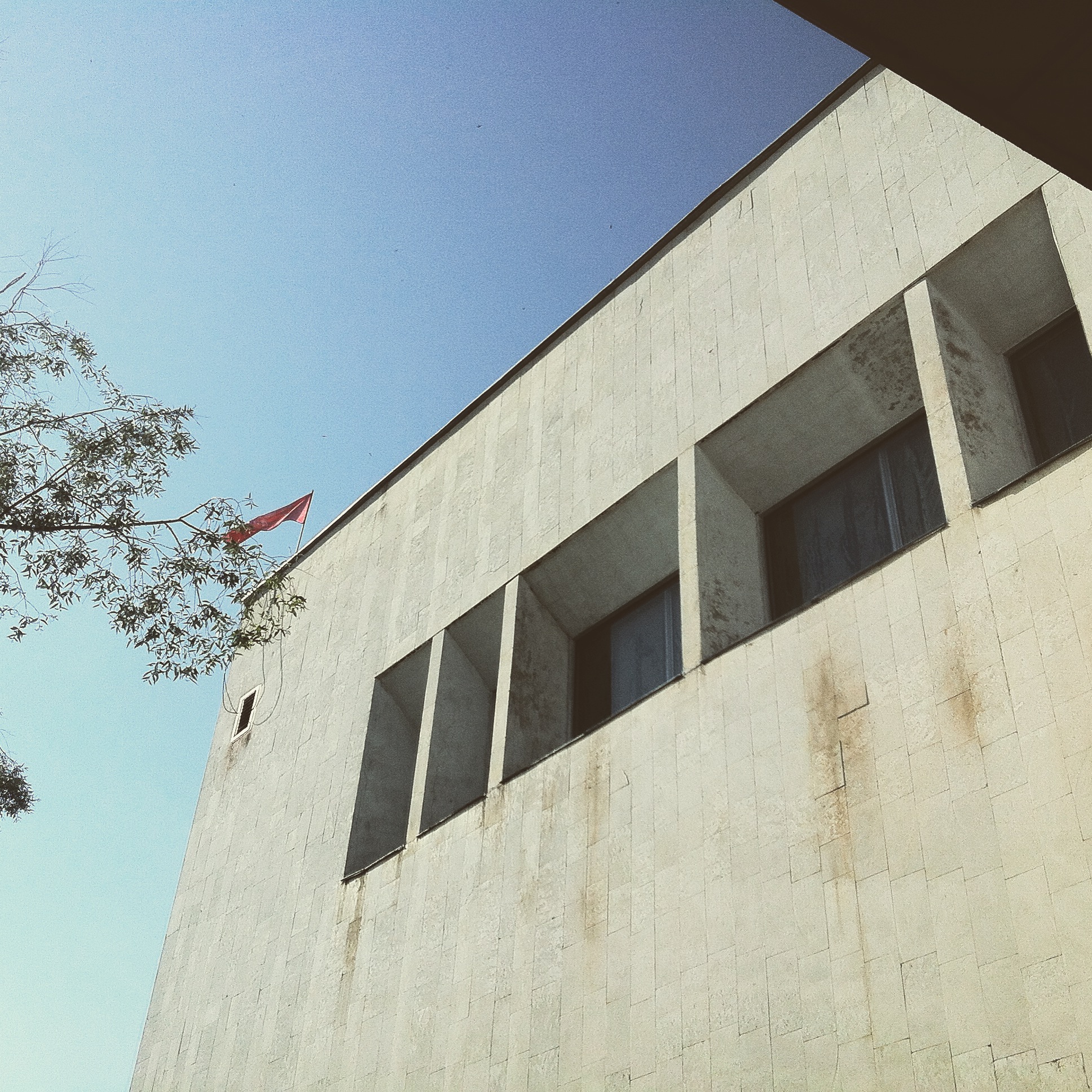 How our project began?

In April 2015 we arrived at an open day at car factiry AvtoVAZ. Free tours to conveyors were organised to celebrate the 45th anniversary of the first edition of «kopeyka» car. «Impressive» is not comprehensive enough to describe it! Imagine a factory which is hard to be compared to the modern ones, built on private investment. AvtoVAZ construction was the project of the whole gigant country. 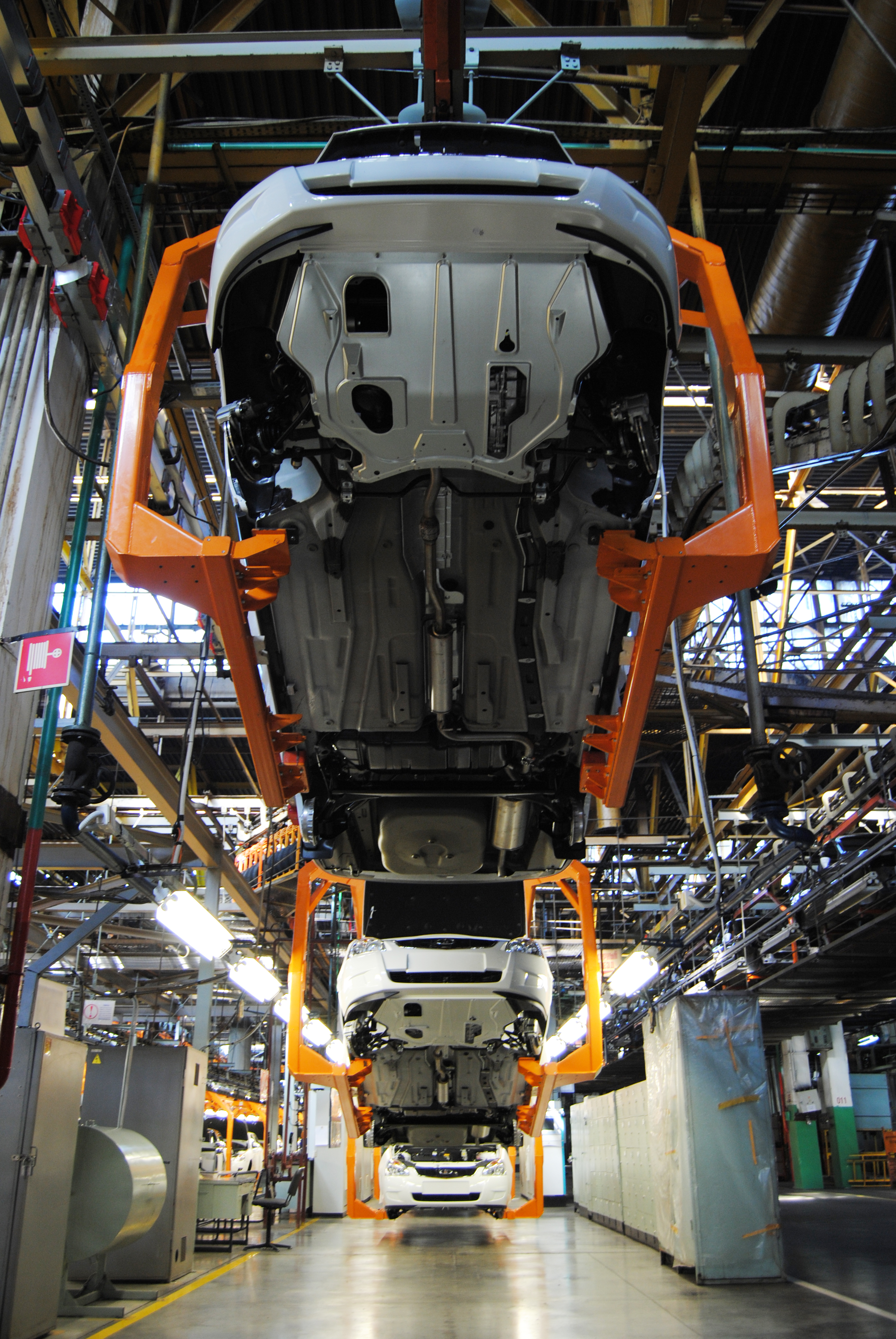 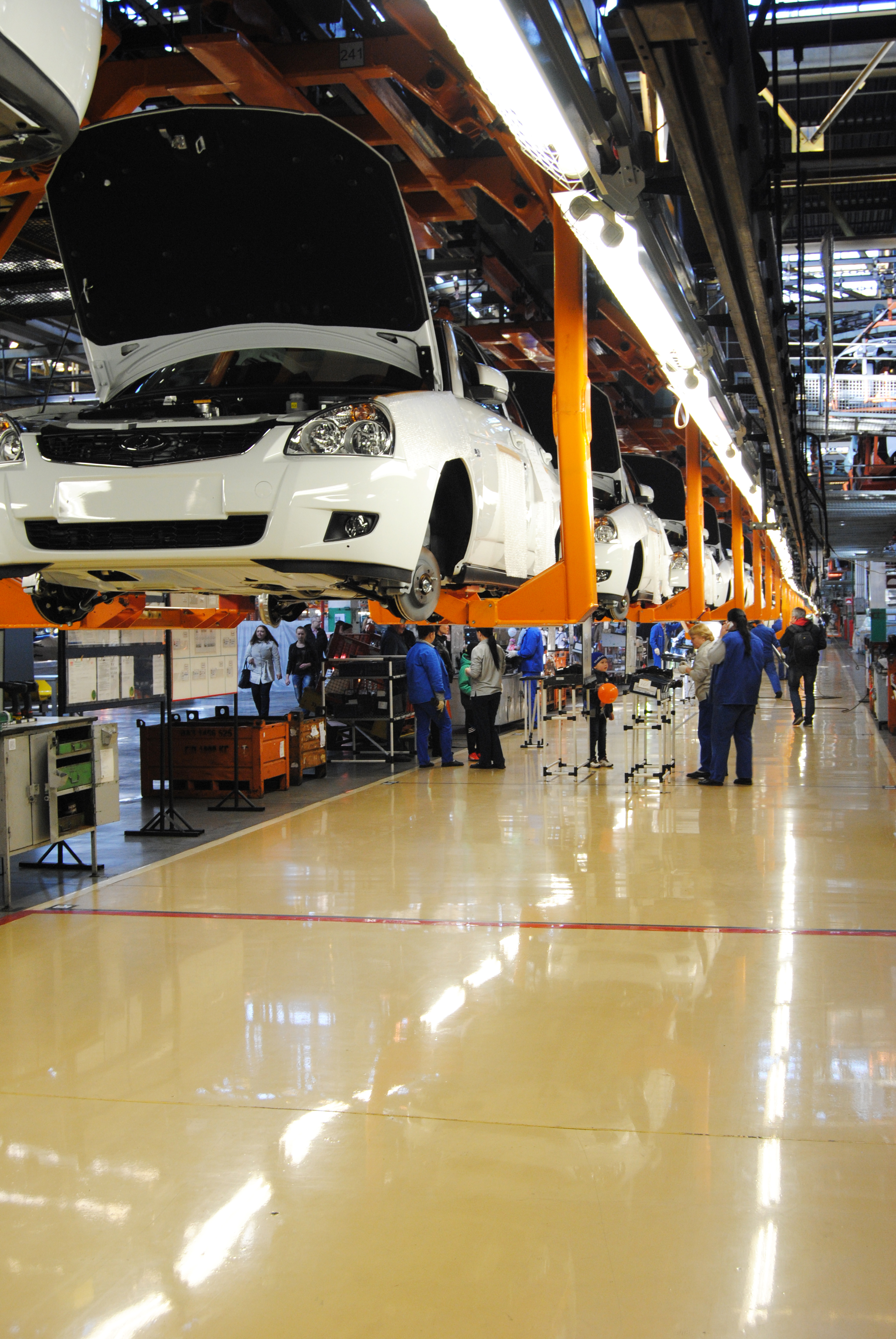 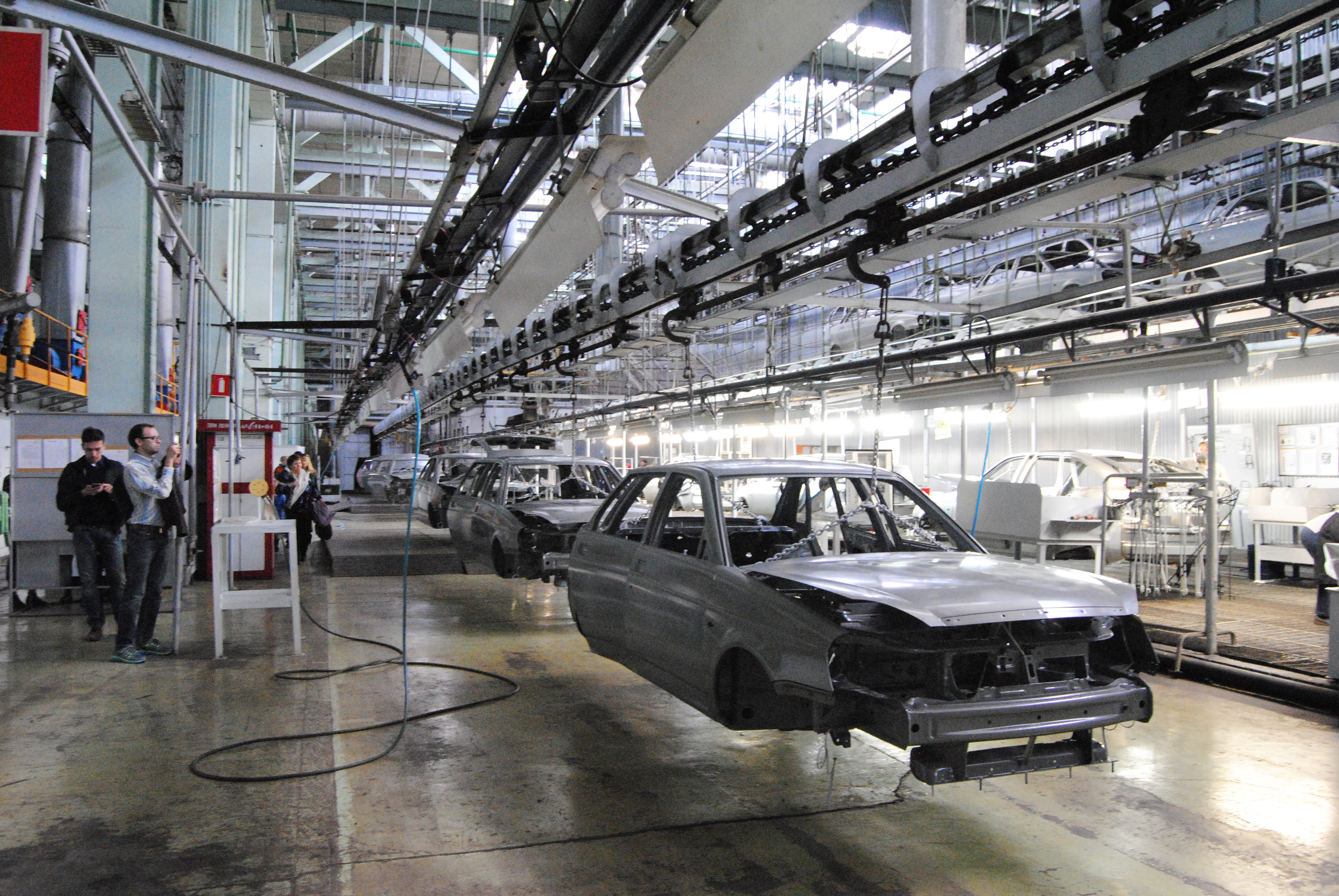 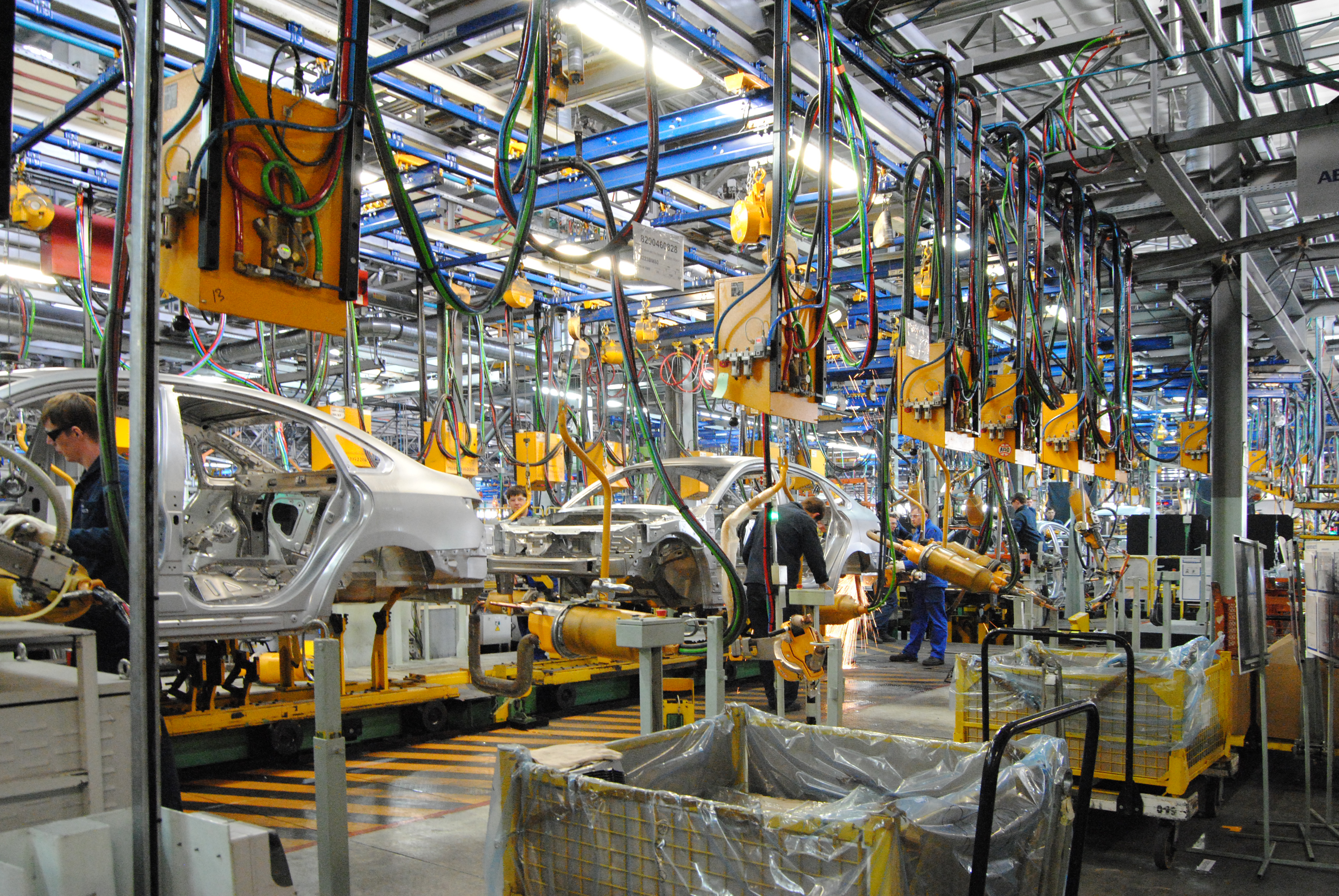 After the tour, Michael Solodilov, architect from Togliatti, gave us a city tour. We walked for a long time, trying to understand following relation: a huge factory, a huge residental district for its nessecaries, a new gigantic urban machine in the field, without the layers of history and culture, made like Lego constructor in five years! It is scary, but impressively wonderful, huh?

And here the idea was born: what if we publish a well pictured book with the best examples of modernist architecture of Togliatti city?

Mikhail Kapitonov has already had experience working with similar edition about modesnist architecture in Ulyanovsk city named «Anniversary Ulyanovsk». The emphasis in it was on large public buildings. In 1970, Ulyanovsk was preparing to celebrate 100th anniversary of Lenin and it was constructed almost a new city: complex of large entertainment buildings. Megalomania of the Soviet Union focused here on designing new areas and spaces, wich had to take mass rallies on it.

Tolyatti city situation is a little bit different. The city was built totally from the beginning and started in it was nessecary to make «the residental base». Moreover, the number and variety of residential typologies inTogliatti are really impressive! Residental series were built almost experimental but using temporary technology. Apartments areas, quality of materials and landscaping — all of it was on the highest level. 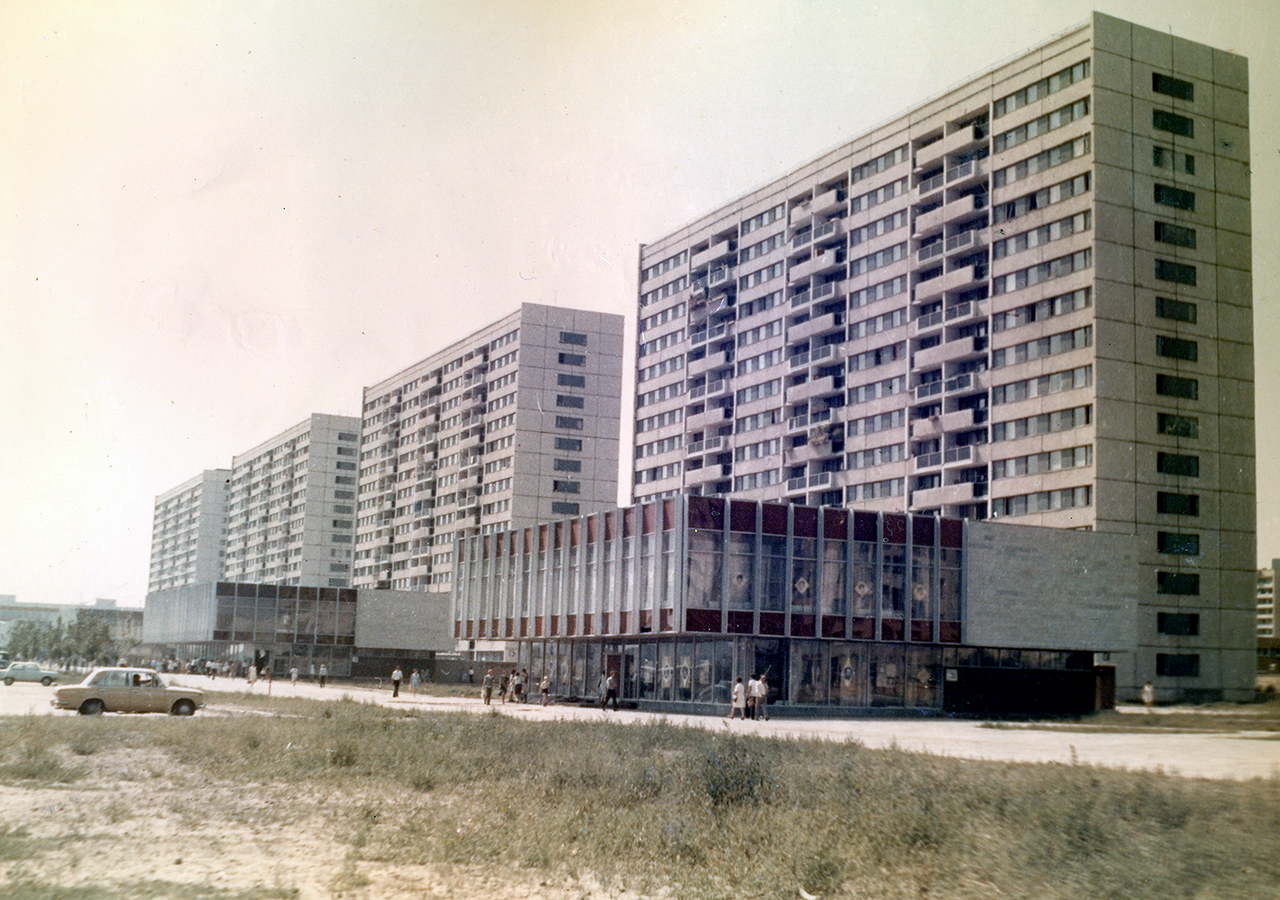 Hostels for carmakers were truly logical puzzles, like how to provide the entire city for housing but give them comfortable conditions. Even now, to my mind, social housing is not designed so intelligently! Living cells were able to be transformed during the city population turns from the generation of single nomands-carmakers in first families.

Here you can read the second part of the article: about our team, our stunning photographs that have joined the project, and my another reasonings.

If you liked the article, share it with your friends: